Rusty red and navy blue seemed to be the main color scheme of the interior decor. That was a marked departure from the pure white exterior. Once I got to the sitting room, I was ordered to sit on the chair in the far corner of the room. "Wait here. Your first opponent will be with you shortly." he commanded. I just nodded at him. He only gave me a disdainful sneer. That was when he shut the door and locked it behind him. Clearly, he had no trust in me. When I trespassed onto the property, I guess I lost the benefit of the doubt. Since I was alone, all I could do was think. I had no clue what I had gotten into. I was probably in a bit over my head. That was no matter. I knew no matter what they did to keep my off kilter and unsteady, I was way stronger than them. I just had to take a couple deep breaths to center myself in the moment. I felt better soon after. 3 minutes later, a big figure stood at the door. "I hope you're ready for the rematch. I'll show you who the better being is once and for all." he said. I recognized the voice. It was the AEP unit I fought from Location A. He had the room key.

Since he was the one opening the door, I just had to wait to see him. He looked like a monster. His armor plating seemed to integrate into a nanite cloak and boots. His hair was in a long braid. He looked at me with a hatred that could not be contained. He nearly tore the door off the hinges. "Follow me, trash. I've been preparing for this moment since we last saw each other." he said as he confidently stomped along the halls of the house. I just went with him a half step behind. I was not scared of him. I had already fought AEP units multiple times. This was just one more. I was led to an open space with training dummies and a punching bag. This had to be the place where he was training all this time. I saw the other AEP unit and the PEP unit leaders watching us from across the gym. My opponent punched his fists together and was bouncing on his feet. He was smirking, ready and looking forward to this match. I asked him what the rules were. "We go until you quit. That's it." he said. I raised an eyebrow. "No rules? Are you sure about that!?" I asked to be sure. "Shut up!" he yelled. 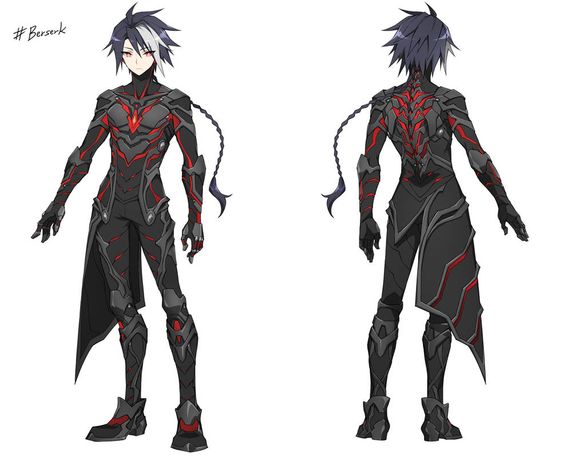 The AEP unit went hostile and charged me. I let him come to me. We exchanged fists and kicks. It was a full on brawl. He wanted to win. Not just win though, he wanted to cripple me. Kill me if possible. I was not going to let all that happen. I was giving as good as I got. I also had way more health than he did. "You're good for a flesh bag." he taunted as he tried to pin my arm behind my back in a grapple. I swept his leg and we both fell to the floor. It was then a scramble to our feet. He got up first and jumped back about 20 feet. He crossed his arms across chest and I knew what was coming next. He was clearly charging up an attack with his organ. I charged him head on to stop him. He uncrossed his arms and unleased a powerful jet of high pressurized water from his stomach. It was probably even stronger than last time. I times it right and dodged it. It did not even clip me. He then smirked and said "You think I don't remember that!?" The blast of water from his chest changed course and knocked me off my feet. I flew back. The AEP unit then came in close for his combat.