As I was thinking that, I heard a splash in the water. Someone was coming. Neither of the mermen were looking concerned. Then again, they had no reason to be. I was the one that was here without permission or clearance by the clan. They were fine here. Whoever it was out there was walking around the shed. I turned around and saw the opening. There was an AEP unit that appeared in the water looking at us. "Clearly, humans have faulty hearing and reasoning. You were told to meet at the rental building on the public beach. Why did you think snooping around was acceptable behavior?" he said. "Who said I was snooping around?" I said with crossed arms. He called my arms. He called my bluff instantly. "My eyes are superior. I could see you from the beach the moment you trespassed. It just took until now for me to walk over here." he told me. "Then why did it take so long?" I asked him. "I have no need to rush for a human." was all he said in response. I guess that was fair. Since when did the Water Clan care about humans. In their mind, a human could do nothing to them. 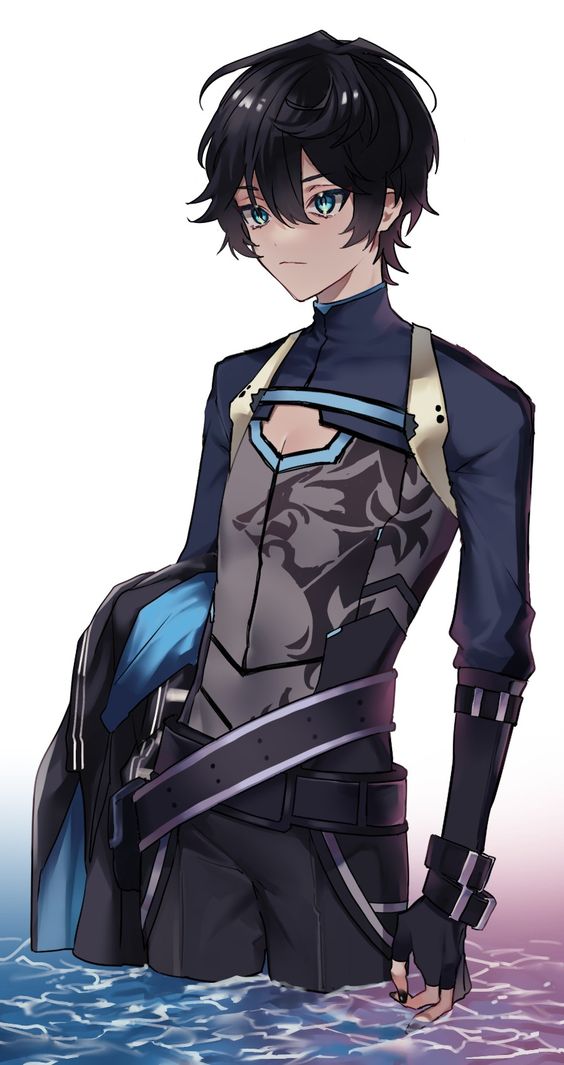 Personally, I thought it was weird when he took off his jacket. "You wear clothes?" I asked. He looked at me. "Only this jacket as an outer layer. We want to keep up the appearances, disgusting as it is. If we could not take off our clothes here, it would breed suspicion." "I know what you are already. Why take it off?" I pressed. He just continued looking at me with a blunt look. It was if I could be anything in front of him and it would not matter in the slightest bit. He had zero sympathy or regard for any human life. It was very dehumanizing. I felt awful under his gaze. He said "I took off my jacket to aim my organ at you properly. If you make a false move, I will fire." That made sense to me. I could probably tank whatever he could dish out, but I was surrounded. It would be better to just listen to his requests. "I understand. I won't do anything that you don't want me to. Can we go now?" I told him. He nodded and had me walk to him. He took all my weapons and told me to walk ahead of him. This was not a good start. The mermen waved at me but were cowed into silence by the AEP.

Quietly, I walked along the shoreline in the water. The AEP would not let me walk on the sand. The water was pretty cold as it lapped at my thighs. When we got to the beach, I was marched straight to the jet ski rental building for the meeting. The PEP unit that Brett fucked was there. He was not pleased to see me. I knew that because he slapped me in the face. "Let that teach you not to snoop where you're not wanted." he said coldly as he looked down at me. He was waiting for me to say something about it. Likely it would be seen as an excuse to give me another slap. I was shocked at their callous behavior. There were still humans around. They simply did not care one bit about it. "At least you know your place." he muttered as he left the counter to another scowling cyborg. I was beckoned to follow him. I did so just out of pure bewilderment at this point. When we got back to their large house on the lake, he opened the door with a blue skeleton key and told me to wait inside. I stepped inside and saw the Victorian decorations there was not a scrap of electronics in here. Eerie.