It was nice when the AEP units wanted to join in on the businesses as well. 06-001 even wanted to dance at the club. We allowed them to join whichever one that they wanted. They could even do both or switch between them if they wanted. Peyton and Connie actually surprised us all when they asked to go work in the hospital. I asked them why. It seemed that on their mission to tie up those loose ends, they got really interested in how it all worked. Radioactive Clan ran an urgent care clinic and explained some things about it. There was a very small clinic in town too. I told them that they could work their as doctors if they wanted to. It was simple for us to forge documents and hack some records in the system. Now they both were licensed lung doctors. Those were called pulmonologists. There were apparently some members of the town with lung problems. It made them easy for the local clinic to hire them. They went as 2 out of a set of triplets with the last name being Terri. Having doctors in the clan meant that they could be used to infiltrate into other medical places later on.

Just having them opened up our range of tactics. We were now officially back open for business. Now we had to decide what we were going to do. We had 3 options for now: Water, Cold and Pierce. We each had things that made us not want to do certain missions. For example, I did not care about the fate of 04-001 in Cold Clan. They could not kill us and we usually just talked them down. Brett felt responsible. Paul hated Volition Clan because they were all smug and cyborg supremacists. I took it as a challenging rivalry. Water Clan wanted a rematch because they felt they could take us on now. I had no clue where they got the confidence. It would not change their outcome at all. Paul and I really wanted to go and fight them. Brett could care less. Mason would not go out on his own because he was a squishy NPC. He was an easy target. Not unless he went out there with someone. We needed a plan. This was something that we need to do as officers of the clan. After a bit of arguing it was decided that Brett would go to Cold Clan. I would go to Pierce with Mason. Paul had Water Clan.

Killing cyborgs was not part of my plan. I also did not intend for Mason to get killed either. Since we were allies, it was simple for us to call them up on the phone. 2 of their incubators would pick us up in a car and drive is down to Jazni Town. It was fine with us. Mason and I went over our game plan. He was to watch my back out there in the lion's den. I was going to watch his. When the PEP units arrived, we got in the backseat. It was a smooth ride and Mason was even able to get a small nap in. The gym and volleyball club they had going on was nice. They had no choice but to offer services to human, but it was clear that their encouragements and comradery was all a big façade. They really just had disdain for humanity. We were led to a meeting room for the staff. After a half hour an AEP unit walked in. He had a javelin on him and glared at us. I scooted closer to Mason. The AEP was not at all happy to see us. "I asked for a meeting with the PBJ Clan. Why the hell are their humans here!?" he snapped at the Volition Clan leader. The leader hopped to attention. "These are 2 officers." 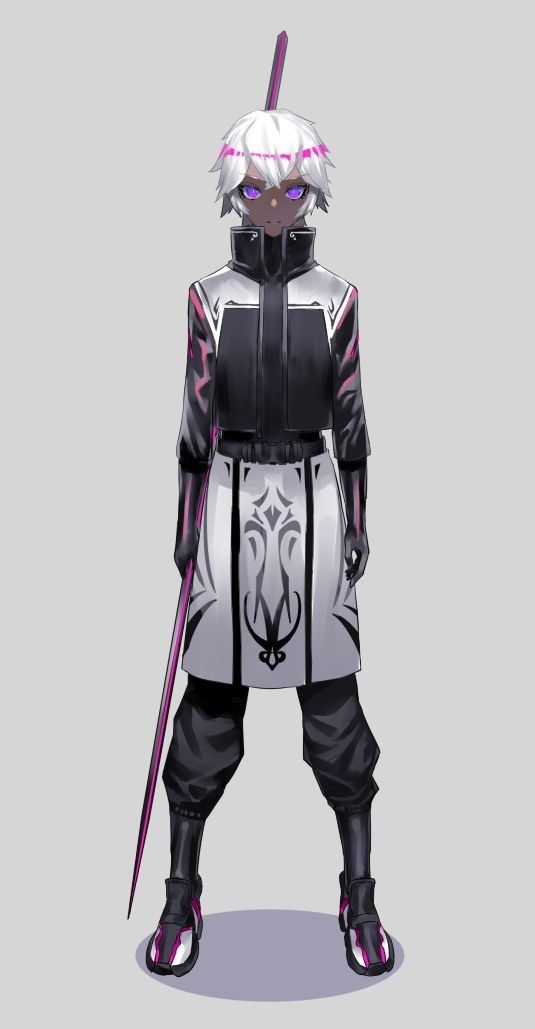 Listening to his subservient tone told me all that I needed to know. He was either scared or immensely devoted to the AEP unit in front of him. I was going to say scared as he did not have any qualms jumping ahead and using us to help in making his own AEP units. They probably set him straight afterwards. Then again, it was all speculation in my head. I cleared my throat and said "I am the clan engineer, Brianne Terri. This is our clan security officer, Mason LaDip." I held out my hand to shake in a show of good faith. The AEP unit walked to me and stabbed the ground with the javelin. He then took my hand and squeezed it tight. "Pleasure to meet you." he said with a sadistic smile. If I was not so strong due to the Devil cheats, it would totally hurt. He was intentionally trying to break my hand. Mason's hand would be dust if he did it. When I gripped his hand just as firmly, he looked at me in surprise for a brief moment. He let go and said "You are stronger than you look." That was all he said on the matter. We then continued on with the meeting. He berated us for being human.