Barely flustered, he said "I get it! Let's go." Mason continued driving. When we got back home, there were several missives that we got from other clans. One of them on our machine was from the Water Clan. They wanted a big rematch. Their gripes with us would never go away as long as we were around. Some just could not cope that we were thriving. Volition Clan wanted to set up a meeting with Pierce Clan. Since the safe house of Jazni Town was ran by them, they would be the neutral ground. At least on paper. They were the "vassals" of the Pierce Clan because of the region, but they were also our direct allies. Speaking of vassals, Heat Clan finally wanted their own meeting. We would probably have to go. Another was from Cold Clan. They were pissed off at the bribe and said that they would still be attacking. We knew all that when we found the other AEP units on the road. It was probably what they were going to do from now on. As the officers of the clan, we would have to address them all. I did not trust any of them. Except for Heat Clan, they were all in the Conqueror faction.

Clan issues needed to be taken up. I said "Heat Clan is technically on our side here. We should answer them and see what they want." They gave us the location for the meeting. It was private university in a small area a town over. I about it. It made sense that researchers would be drawn to places of learning. Apparently, there were lots of PEP units on the faculty. Namely in the STEM fields. The AEP units were actually in the Literature department in a break from the mold. We needed to get some smart looking clothes. None of us wanted to stand out too much on campus. All of us needed to make a good impression. We drove over and looked for the Math department. I knew where their clan building was. It was under the ice skating ring and hot springs with a public baths. It was a large area under the ground. However, they worked as the math professors. When we got to the faculty office, it was easy to see half of the faculty was there. We had gotten there in the early morning. Of the professors there, a fifth of them were PEP units. That was 4 of them. They took us to a large lounge.

Doing a slow walk, they gave us a tour of the campus. The STEM departments were separate from the Humanities and Social Work departments. When we got up to the lounge, one of the AEP units was waiting outside of it. It was not subtle at all. He looked like an eavesdropper. Plain and simple. He was wearing shorts and socks with black dress shoes. For the top, he had a thin black and white double-breasted overcoat. He certainly looked like he could be a student. I did not know how he got in as a professor. Then again, he was a cyborg. He could run circles around any of the human faculty with ease. "03-002. Have you finished preparing for your next class!?" one of the PEP units admonished. He looked at us and said "Yes. I was planning for a discussion of the reading assignment. I heard the PBJ Clan was here on campus. I was... curious." "It's fine. We were all curious about you guys too." Brett said with a smile. That cut down on some of the tension. "I hope that we can get along." Mason added. Paul and I introduced ourselves to the AEP unit. He nodded and then scurried off. 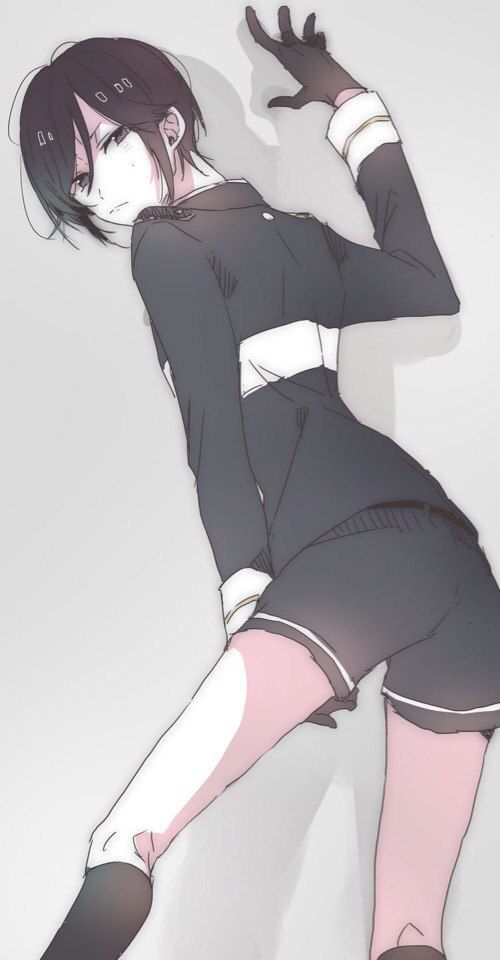