That was true, but Brett just got up. He was just doing what felt good for him. "See you later." he said as he got in the car. The AEP got on his bike and left us. Mason just began driving down the road again. He was a bit moody for a bit after that display. It took a few days to get to Nova City. We made sure to avoid Dysmythia Row. We then spent a week or so non-stop gambling. We won and loss a ton of money. The casino loved it. We had infinite money and were just pouring it into their coffers. It was not like we were master gamblers or anything. After we were done with our long binge, we checked to news again. Somehow, they were able to repel the government by getting unrest to spark all over the city. That distracted them from what the main goal of the syndicate was. It seemed, thankfully, that the syndicate did not coordinate it with the government on this. That was a fatal mistake on their part. They were now just as culpable for the damage as the Toxic Clan was here. This was not over. Not by a long shot. Phobia knew exactly where the hub was. There was real no way to move it.

Since we had gotten through this, it was time to start to open up again. When we came back, the AEP we usually ran into on the road was not there. There were 2 other cold AEP units. Their suits were less colorful. It was all black and dark gray. Both of them took shots at us. We were able to protect Mason as he was driving. They came on motor bikes and looked at us. Both of them were pissed off. "You got 04-001 in trouble. How come you all get to pass without injury!?" the dark haired one demanded angrily. The brunette was looking around and checking the surroundings. Neither or them looked like they would be flattered out of fighting us. "I saw that 04-001 was the best out here. He told us the clan needed money. We just wanted to help out." Brett said placatingly. I added "Why did he get punished for coming back with money!? It was an honest exchange. Millions of dollars were given to him. Isn't that great?" The brunette said "We do not want a stupid human's money." The black haired AEP unit said "There is no reason for us to mate with humans. He was made to clean the base." 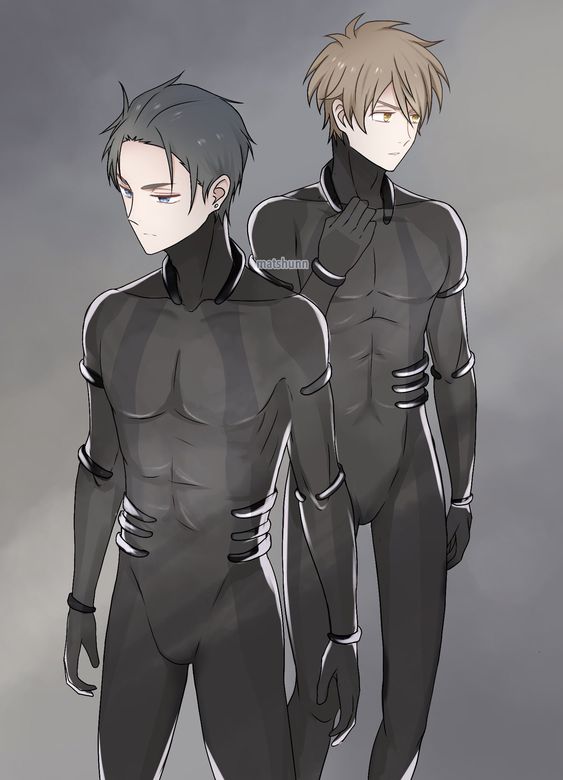 At least he was still alright. I looked at them and said "We don't want a fight. You were after the bounty. How high could it possibly be if 50 million is not enough for you to do anything about it? We want our money back then." In a second, the dark haired one said "It's not about the money. It's the principal that we let targets given to us from the hub go free." I shook my head. "No way. Someone put the bounty up on us. It was 06-001 and 12-001 when we kicked their assess when they tried to kill us." That got them to think. "I heard that they were shacking up together instead of making their own clans. Total losers." the brunette said. The dark haired one said "Cold Clan is no pawn for anyone to play with. We will verify this. If you're lying expect all 3 of us at your clan building." They got on their bikes and left. I watched them leave and then turned to the others. "Cold Clan is filled with weirdos. They always camp out here for us, but it never leads to anything." Brett shrugged. "I got what I wanted from it." he said. Paul just shook his head. "Yeah. A massive dick in your fat fairy ass." he teased.