I was met with a giant commotion when I went in. It was time for the first dances in the club. Instead of a fun time, there was yelling and screaming. Some of the patrons were scrambling from their seats and running to the exit of the club. I looked at them in confusion. "What's going on!?" I asked one of them. They clung to me and I saw the fear in their eyes. They were truly terrified of something. She screamed "Cy-cyborg! Runnn!!" in my face. They then ran away. I moved in further. There were several members of the clan circling around Caleb. He was bleeding blue blood profusely from the head. Maroon and Orange were apprehending someone struggling on the floor. I demanded an explanation. Brett just sighed as he walked over to me. "There was an unruly customer. Touching when he shouldn't. You know the deal. I was going to kick him out of here when he threw a dinner plate. I dodged it but Caleb was walking from the back to get some food for Mason. He got hit. You know he's pretty weak. Blue gushed from his head as he collapsed on the bar. That got us freaked out." 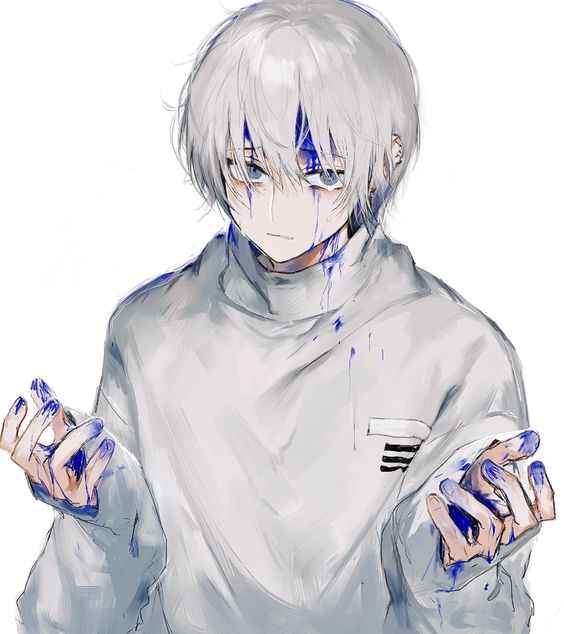 Just then, Caleb got up and looked around. He looked at me sadly. "I'm sorry. I caused a mess. If I was a bit more sturdy, I would have been able to take the blow." I just walked over to him and said "You are a member of our clan. I am the one that should be apologizing to you. Are you okay?" He looked at me in surprise. "I am a PEP unit. I will be fine as long as I go to the... safehouse." he said as he looked at the human struggling on the floor. The angry man did not need to know about the library. He said "You are harboring a cyborg! Do you know how dangerous they are!?" he yelled as he squirmed in their grasp. "Less dangerous than a creep that gropes dancers." I said to him. "Yeah. He's never done a crime." Brett added. That made him angry. "I'm going to get you all shut the fuck down!" I rolled my eyes. "Call Erin and Finian. I'm sure the police would love to hear about this situation." I said. We called them and they came right away. They took the man away. He was ranting and raving. That was fine. He was as good as dead. He knew way too much. Caleb needed some attention.

Keeping the blood flow down was hard. He was made faulty because there was simply not time for quality control. We had to get him in a cab and take him to the library for repairs. I was there with him and Mason. We cared for him. The injury was something that was able to be fixed. Once that was finished, we had to make sure that he laid low. Mason, Greta and Caleb shared an apartment. Mason did his best to care for him. There was nothing that could be done. Caleb was a cyborg. Nothing could be done to make a nonhuman feel better about this with human empathy. All Caleb cared about was being useful to the clan. He tried to get Mason to have sex with him. It was not a weird request. I told him to be his sex partner. That worked after 2 days. Mason was a horn dog, but he had the decency to refuse and tuck him into bed the first day. It did not seem like Caleb allowed himself to get pregnant. Neither Caleb nor Mason wanted a baby to result from this. Greta also got in on the action. In the big event of a 3-way, Mason was in the middle. He fucked Greta as Caleb fucked his ass.