Keeping up a pace for 15 minutes made her orgasm multiple times. The floor below her was soaked by the synthetic juices. She nearly passed out. as she was bent over on the table. Ryder only slowed down to cool himself down. As cool as it was to see, the foreigners were very angry. The clan members that were being replaced were cheering him on. Now that he had a semen replicator in him, he had a limit to how much he could do before he would cum. He could only delay it a bit by going slower and shallower. Ryder eventually hit his limit and came deep inside her. She finally passed out. Ryder pulled out and used his own synthetic fluid to coat her back. It was a show of dominance, and everyone knew it. We lifted him up on our shoulders and cheered him as our hero. I pat him on the back and told him to relax for a bit at his apartment. We did not need to make thing too tense between our 2 clans. 06660 walked up to me. "If you are done, can we start with the breeding?" he asked. Sparks and Cecil approached. 06660 had an undercut red mohawk and reddish brown eyes. 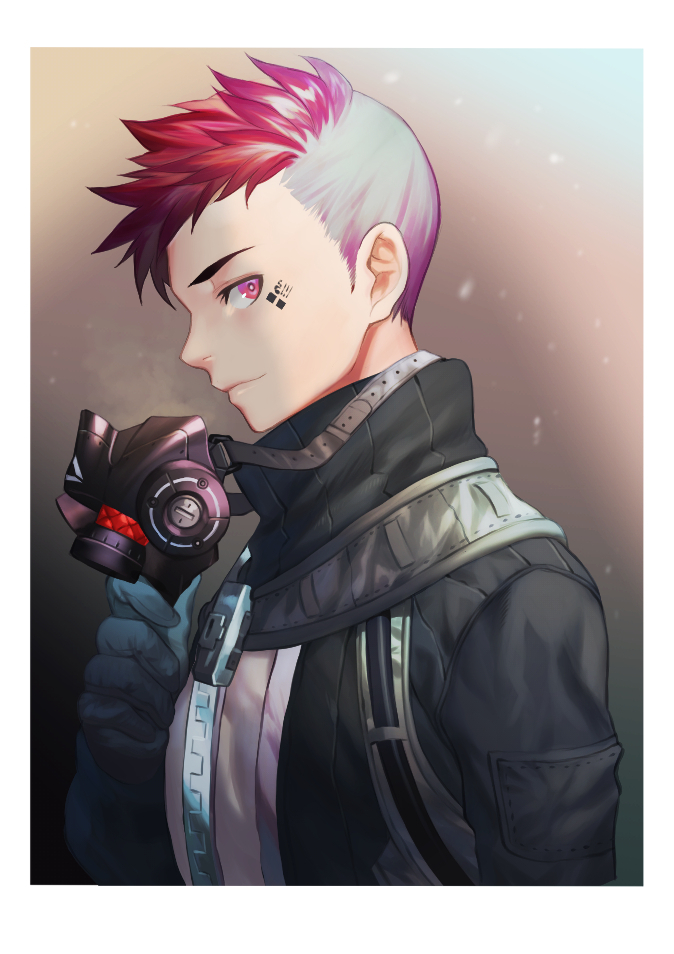 His charge port was unfortunately on his face. This meant that 06660 needed to wear a mask in public. He walked to the lab table and bent over. "I have an advanced x-womb, but I will still only have mild tingles all across my body. I don't think we need to go through something like that again. It just won't work." He was not even looking at us as he removed his pants and jacket. Both Cecil and Sparks got hard and took turns behind the foreign redhead. They were not affected, so neither of them had a real grudge. Both of them got to work. Sparks penetrated him and then ejaculated inside. When he pulled out, the foreign PEP unit held out his hand. Cecil backed up a bit and waited. "The new x-womb is a rotating cylinder. It takes a minute to prepare the next egg and expel the remaining ejaculate." he explained. The cum oozed out of his ass quickly, and we all heard an audible click after a minute. I was impressed. Cecil then did the same as Sparks. The process happened again. We had to go get a preforming Alex and Alexis. They were down to have sex. They actually liked doing it.

06660 sighed as he specifically did not want to get fucked. Now he was getting fucked twice. Luckily, they only went 5 minutes each before they came. After each fuck session, the semen was rejected and then the click of the changing cylinder was heard. I really thought it was cool. Sunny and Lucy simply had 2 cylinders inside that were both open and able to receive sperm simultaneously. I then looked at the 6 foreigners. "Alright. You can all wait here as our guests as we all wait for the X-frames to arrive. My clan members are going to want to use them one last time before you have to live in them." I said. Sparks, Katie and Finian rushed over to the main hall to get inside their X-frames. They were emotionally attached and refused to get out of them until the Foundry shipped the frames 2 days later. Even some of our own clanmates found it annoying. When I finally was allowed inside to see, they had already switched over. The leader, 01230, and 01244 got into the older male models. It was sad to see Sparks, Katie and Finian. The other members got into the female X-frames too.