I was considering writing an episode in which Jon said no, but this is even better!

On Killing The Mood

Happy to see this branch resurrected after 16 months!

Having Tiffany belong to an unfamiliar family rather than having her join the family of an established character is a nice touch.

For reasons I don't really understand this is one of my favourite branches.

Author’s Note
Karyn at this point is still overall female in appearance (present hyper-dongs excepted) just super-jacked. Of course she still has her stone-imposed “big boobs and long blonde hair”.

But I might have a way to have some more fun with this later. ;-)

On I feel the need—the need to breed

I love this storyline. Always happy to see it added to.

On And He Sinks Deeper into His Own Swamp

My spelling of John is all over the place, which is the canon one?

On And He Sinks Deeper into His Own Swamp

Out of curiosity could anyone tell this:

“So what else could we do, more than just dinner. Maybe a movie? Classic date cliché. Could really help solidify that we’re dating now.”

was Karyn before the "Jon-Boyfriend" in her next line made it obvious?

On Lessons in boob buoyancy at the pool and date planning

Thanks a lot. Glad to hear you're enjoying it.

On Karyn want's to go swimming.

This series is great, I absolutely love it. Probably best writing especially concerning their relationship I have read in a long long while. I am eagerly looking forward to the continuation.

On Karyn want's to go swimming.

I'm liking a lot. I think it's about time for Biff and Karyn meeting each other ◕‿◕ It will be pretty interesting when Biff realises that "his" ex husband is a girl that thinks she's a man.

Great idea! Can't wait to read more. Love how John will be at the mercy of David!

Glad you are back :) Happy new year.

Just a random side note, Zoe was supposed to mention noticing that Karyn was super into Jon's boobs at dinner... but I wrote the thing realised I hadn't included that and couldn't find a good way to insert it without disrupting the flow. It wasn't super important, just sort of Zoe teasing Jon.

Maybe at some point she'll have a chance to ask Karyn about that directly. That seems more interesting anyway, though I have no idea when a conversation between Zoe and Karyn might happen before the wish ends. Karyn's gotten off lightly when it comes to the consequences of the time limited wishes and some awkward conversations would be fitting.

On After school hanging out

Their is very much a reason why it works for the sister but not for Mephi or Karen.

Happy there is more to this story line!

On It didn't work

Thanks. I admit I wasn't sure, felt like the pacing is too fast in some areas here. There is a bit more to it but this is from what Terry saw, and how a demon terrified him... not just that of course, but made him feel negative about himself.

On Terry's past experience with demons

@Mary
If ya got a good idea and are in the mood, always feel free to write a continuation of my stuff! It means way more to me than just upvotes or anything like that.

Ok this adds a much appreciated depth to Terry's character, Also, could the motive of this flashback be Terry turning into a demon himself and being more vulnerable to dark emotions?

On Terry's past experience with demons

Comments have only existed for like a year IIRC, two at the most.

On You Are What You Wish

Thanks. Yes Terry is a bit cliche, but what isn't these days ;)

It is nice seeing you writing again, this must likely be what you told me you were working on. I must say, even though Terry can be a bit on the cliché type on his disdain for the other world, you have really outdone yourself in the writing department. There's a really nice sense of flow that really enhances the intricancies of this new setting as they're shown off. I also see a lot of focus on a duality between magic and electricity, as each the main element of each world. In short, I'm really looking forward to what is to come from this new plotline, I'll be on the lookout for any new chapters.

Absolutely where I was going—just taking my time getting there. :)

The more Karyn-bulge the better. Love it. If you have a different vision keep going. :)

thanks :) Never left, was always lurking

Welcome back to the site

Awesome! What did you enjoy about it in particular?

BG has been one of my favorite stories on FB. I do hope you decide to continue it. Thanks.

I did mention that Jon's boobs are noticeably bigger than softballs right after the wish that brought them into existence, though I guess I've never given context for how big that looks on Jon. The intent is that yes they are notably large, though not out of proportion. That is they look bigger than Karyn's in addition to actually being bigger.

The main thing hiding Karyn's boobs is intended to be how she carries herself and her sweater obviously, my intention was that the sweater is very long, almost covering down to where a short miniskirt would end, and it's all fairly loose so if she hunched slightly it would very effectively hide her entire upper body's shape.

Ignoring clothes sizing, a lot of being big is about proportion. Karyn's body being curvier then Sarah's means that while she's bigger her breasts are more in proportion to the rest of her body and they won't stand out as much. It makes sense she's happy with how they look. How big is Jim? I don't know if that's been said in most of these episodes.

It's intentional, Bra size systems vary around the English speaking world and aren't exactly precise in any place they're used, a cup size doesn't actually tell you much. I'd rather just compare to some real world object, or just describe the character's experience.

Not even women really know what bra sizes mean, something like 60 to 80 percent of women are wearing the wrong size depending on which bra manufacturer's study you believe. Part of this is that people tend to think DD means massive melons, but it doesn't really.

Basically I at one point read up on bra sizes, found it's a stupid rabbit hole and using realistic sizes would give a lot of readers the wrong impression and I don't want to go with reader expectations and be wrong, so I just avoid mentioning bra sizes. I could justify it by the characters being wrong, but I prefer to avoid it.

So to Jon his boobs are massive and they are fairly large, but they feel a lot bigger to him, at least in terms of the weight and movement. Obviously he can see their actual size in the mirror and by feeling them in his hand, though they are substantially more than a handful, but his subjective experience of them is where I want to focus, that and Karyn's adaptation to being attracted to boobs, plus them transitioning from a platonic to a romantic and physical relationship.

I don't plan to write a shopping scene during the week, since Jon already owns bras and I'd expect him to be resistant to the idea.

I've noticed that the story avoids bra sizes. Is this intentionally vague or is it being saved for an episode where they go shopping?

This has been an interesting and nicely detailed story. I'd love to see where this goes. Please keep writing.

I’m glad someone is bringing this story back

Not sure how intentional it was, but it seems to me the mental command of "you need to tell me what happens today. Everything." might be relevant...

On Big things in small packages

On a side note, it had been a long time since I read the root of the story... re-read it and noticed there was a line about Jon not really being able to tell that Karyn's boobs had changed. So we got this chapter where Karyn has in fact been hiding how curvy she is. The idea is that, the root mentions them coming back from spring break, so Karyn filled out a fair bit over summer, hid under her sweater constantly, continued to fill out over the past several months up to spring break.

On That wasn't what Jon meant

Oh hey, thanks for adding!

On Embracing the darkness

God, why do I find this so hot? I want to be Morgana…

On Gary makes Jon into a creepy hag.

I'm liking this story lot. Curious to how will Biff encounter with Karyn will play out.

Ok, so the busyness has piled up way higher than I anticipated. I will get to this though!

I enjoyed all the pantyhose mentions XD

On Biff's day at work

urgh yeah I got the names wrong initially here and had to edit it.. clearly missed some entries.

On Harry regrets his actions

There were some wrong names in there, Lucy instead of Samantha... I'm not sure what was going on in the hand holding part at all. Also who is Jennifer?

On Harry regrets his actions

This is one of my favourite old branches.

On ...bump into the answer?

I really like this branch, it's the only one I can think of that made me want Jon to end up in a romantic relationship with someone other than Karyn!

I'm enjoying Steve's development as Abigail and I'm rooting for him to become a better person and end up with Jon.

I'm also curious about who has Karyn's name.

Also the branch gimmick is really cool and has so many places it can go.

On Interlude: the sun sets and wishes are made.

Man, I'm really liking this story so freaking bad. I just loved the thing, of Jon "father" being actually a girl. If I may, here are some suggestions (please, don't feel compel to add them though, they are just ideas, maybe some of them aren't even that good).

On First night at dad's

Yeah I'll do it. I'm just a bit short on time lately but might get to it on Sunday.

Alright... Thanks for all that, actually, with that it now seems like we have a pretty solid plan moving forward. The second phase slice-of-life might be tough or present some unexpected difficulties, but I'm sure we can roll with it. Do you wanna do the honors of writing that sister episode or should I?

So it does. I’ll get that sorted shortly! 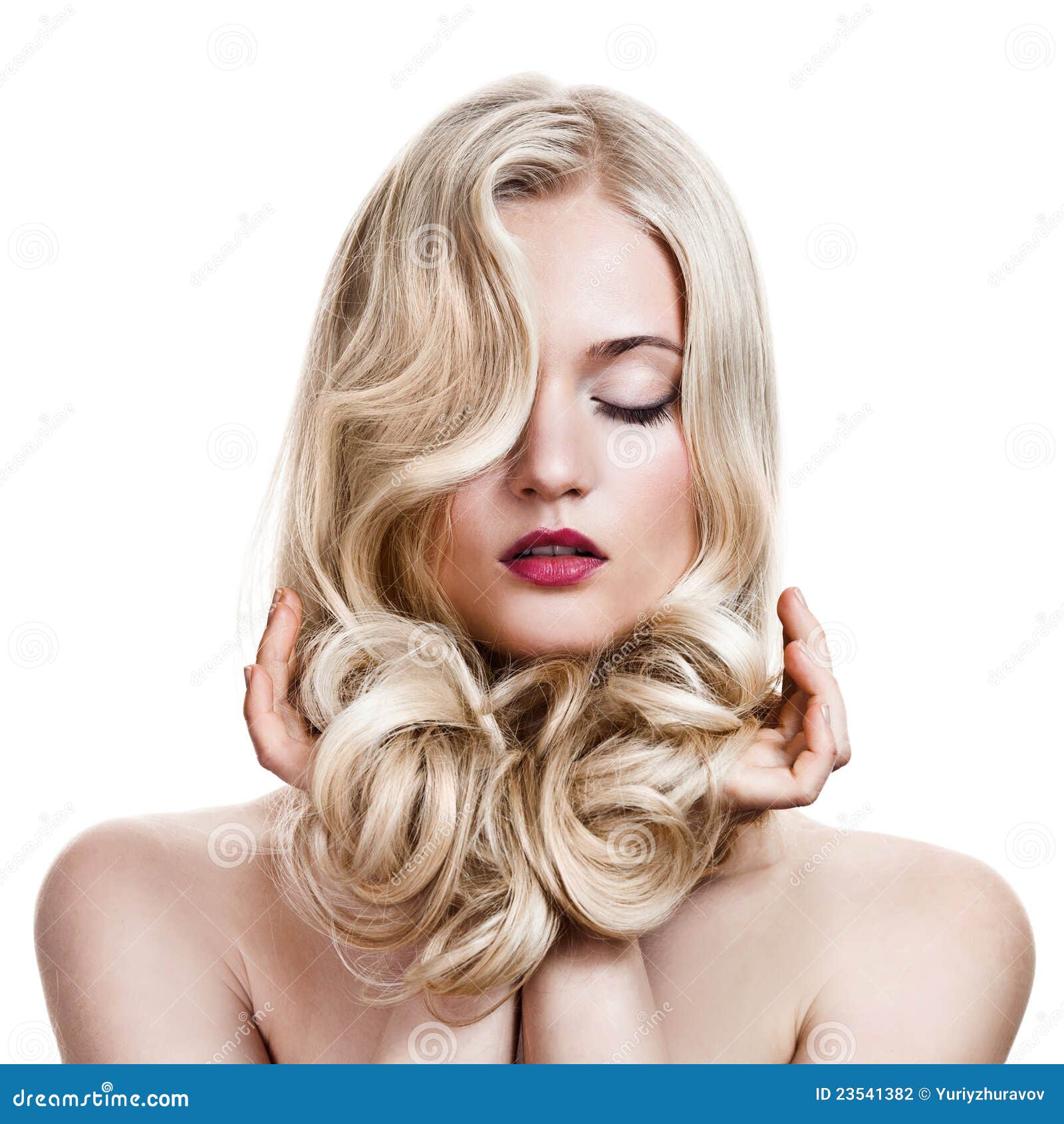 Would other stats get added to the card? (i.e species)

On Karyn makes some observations